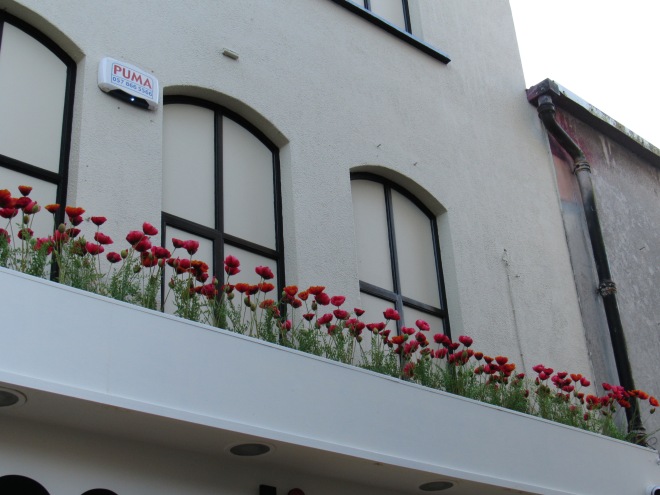 This time last year, I had the immense pleasure of traveling through Ireland with a gaggle of my closest girlfriends.  It was a gratifying and unique experience that I am so grateful for.  I used to not necessarily consider myself travel-savvy and also was never known for my ~ street smarts ~, so it’s always self-affirming when I am able to navigate a new place with moderate success.  (…Even if said successes are largely credited to other people).

While I’m not 100% sure why I never made a post about my travels when I got back, I thought it would be nice to share a couple of highlights.  Sure, I could go on about the people of Ireland (mostly lovely and very eager to hear our opinions about the US political climate, and not at all disinterested because we’re young) or the food (I am still dreaming of the salmon I had in Galway), I wanted to share an except from my travel journal written en route to the Mother Land.  My friends were mostly sitting together in a row behind me, which made for easy conversation on our long flight until I was too motion sick to turn around.  The man sitting next to me was easy to chat with; I am an ever-eager listener.  My favorite thing about traveling is the ability to connect with others, even if it’s for the duration of a flight, or the duration of a single conversation within a longer flight.  There is something very authentic and human about being earnest with strangers because there is no expectation either in this moment or beyond.

The conversation left a lot to be wondered both about this person in particular and the way we as people in general communicate with one another and focus on what we find interesting about others.

After my trip was over, I strung together some of my favorite moments and added some dance numbers to it.  Enjoy!